I recently had the opportunity to attend a UFC Fight in Las Vegas.

The UFC has become one of the fastest growing organizations in sports.  The Fertitta Brothers bought the UFC in 2001 for two million dollars and 15 years later sold it for four billion dollars.  Not a bad ROI.

But that’s not what this post is about.  It’s about how the UFC has turned it’s business into a membership business.  Most don’t think of it that way but it is. Many in the UFC organization itself probably don’t realize how much of a membership organization it has become.  Here’s why:

So what are some quick lessons from the UFC that you can apply to your membership business?

By the way, the UFC just recently broke all records for their recent event at the Madison Square Gardens in New York City.  They broke the attendance record, record high ticket sales, record high pay per view event.

How did they do this?

The answer lies within the membership program they’ve built!

By the way, if you would like to find out how I can improve your membership program, just shoot me an email at scott@membershipmultipliers.com. 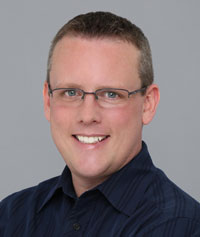 Scott is an expert in creating and building membership programs within businesses, giving greater value to customers and multiplying income. Using his "Seven Systems of a Healthy Membership Program," he will help you get new members, increase retention and structure your membership program for long-term growth.